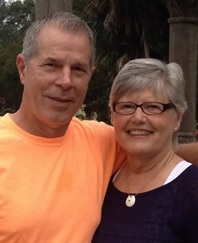 Linford’s career consisted of serving Mennonite Church USA as a Denominational Minister from 2002-2011. Linford was a pastor for 20 years — 5 years at Holly Grove, Maryland, and 15 years at Neffsville, Lancaster. The past several years Linford has done transitional/interim Pastor work for three different congregations.

Before graduating from seminary, Linford was an educator, teaching five years in the public school system and two years in Peru, South America, teaching missionary kids with Wycliffe Bible Translators. Linford graduated from Palmer Seminary with a D. Min. in Marriage & Family, from Anabaptist Mennonite Seminary with an M. Div, from Millersville U. with an M.A. in Counselor Education, and from Eastern U. with a B.A. in Elementary Education. He is married to Mary Etta and together they have two adult sons, Kirk, married to Susan, and Zachary, married to Laura. They have four grandchildren. Linford is also a registered sports official for PIAA and NCAA baseball and soccer. He likes to play golf and do most anything sports related. Linford lives in Colorado Springs.

While working for Mennonite Church USA (2002-2006), Mary Etta used her gifts and training in spiritual formation and spiritual direction in helping to train elders and deacons. From 2006-2014 she worked as Executive Director of Kairos: School of Spiritual Formation. Alongside this work she also continued her practice in offering spiritual direction to individuals in the Lancaster area. She loves being with people in these sacred settings. Earlier in her life, she worked as a bookkeeper, a waitress, and a nutritionist in a hospital.

A primary role in family relationships is caring for and being with their four grandchildren. The two oldest girls live in Lancaster. Our grandson and another granddaughter live on Long Island NY. To visit them we often took the train on Amtrak. Mary Etta also enjoys walking, bird-watching, gardening, cooking, reading and watching movies.

Brian was born and raised a long, long time ago in a place far, far away: the New Jersey portion of metro New York City, on Luciano – Costello (later Genovese) Cosa Nostra family turf. After spending the World War II years and starting school in Springfield, Massachusetts, he returned to Jersey and had a typical Jersey upbringing. He enjoyed the diverse population and the many opportunities for multicultural experiences. A baseball fan, he enthusiastically supported his beloved Brooklyn Dodgers (and whoever was playing the New York Yankees) – even occasionally ditching school to ride bus and subway to an afternoon game at Ebbets Field.

He did his undergraduate studies at Columbia University with a major in linguistics, languages, and literature. A few years of indentured servitude on a Fortune 500 corporate ladder and the war in Vietnam led to disillusionment and anti-war activist work in Denver and the San Francisco Bay Area. God introduced Brian to Twila in Paonia, Colorado; Twila’s Proverbs 31 and 1 Peter 3 character was influential in helping shape his decision to seek life in Christ.

Twila is a retired dental assistant and hygienist who enjoys quilting. Brian and Twila both prefer crunchy peanut butter to smooth, and both prefer cats to dogs. They are parents of four adult children, with ten grand- and step-grandchildren; they are expecting their seventh great-grandchild in December.

Brian and Twila are excited to return “home” to Colorado, to have the opportunity to journey with the East Holbrook congregation, and to be a part of what God is doing in Cheraw, in the Arkansas Valley, and in Mountain States Conference.